Much of the period between the first Roman invasion in 55 BC and the death of Henry VIII in 1547 was spent in warfare – Anglo-Saxon and Viking invasions were followed by the Norman Conquest in 1066. The Hundred Years’ War dominated the 14th and 15th centuries and, scarely had it ended, aristocratic rivalries for the throne led to the Wars of the Roses.

The Elizabethan Age heralded a period of great change and international expansion, but was followed by civil war in the 17th century. By the end of the 19th century, the industrial revolution and the establishment of a parliamentary system and the growth of an Empire had transformed the country.

During the latter half of the 20th century, following the ravages of two world wars and the end of its imperial adventure, England was forced to redefine its relationship with the rest of Europe. 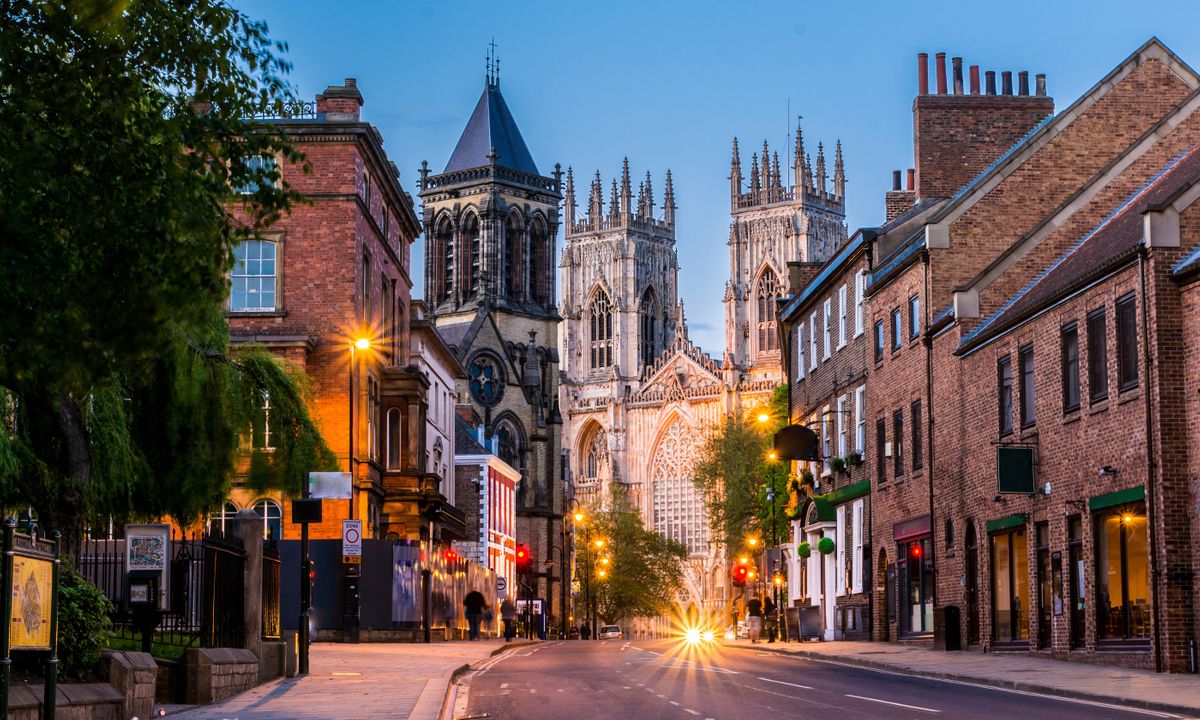 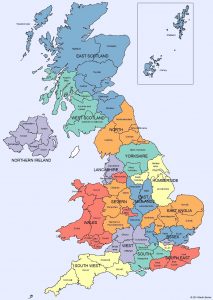 England comprises most of the central and southern two-thirds of the island of Great Britain, in addition to a number of small islands of which the largest is the Isle of Wight. England is bordered to the north by Scotland and to the west by Wales. It is closer to continental Europe than any other part of mainland Britain, divided from France only by a 33 km (21 mi) sea gap, the English Channel. The 50 km (31 mi) Channel Tunnel, near Folkestone, directly links England to mainland Europe. The English/French border is halfway along the tunnel.

Most of England consists of low hills and plains, with upland and mountainous terrain in the north and west. Uplands in the north include the Pennines, an upland chain dividing east and west, the Lake District, containing the highest mountains in the country, the Cheviot Hills across the Anglo-Scottish border, and the North York Moors near the North Sea. Uplands in the west include Dartmoor and Exmoor in the south west and the Shropshire Hills near Wales. The approximate dividing line between terrain types is often indicated by the Tees-Exe line. To the south of that line, there are larger areas of flatter land, including East Anglia and the Fens, although hilly areas include the Cotswolds, the Chilterns, and the North and South Downs.

read over roughly 90,000 square kilometres (35,000 sq mi), making this one of the world’s most dispersed countries. It lies between latitudes 1°S and 8°N, and longitudes 72° and 74°E. The atolls are composed of live coral reefs and sand bars, situated atop a submarine ridge 960 kilometres (600 mi) long that rises abruptly from the depths of the Indian Ocean and runs north to south.