Sri Lanka’s history is a source of great pride to both Sinhalese and Tamils, the country’s two largest ethnic groups. The only problem is, they have two completely different versions. Every historical site, religious structure, even village name seems to have conflicting stories about its origin, and those stories are, in turn, blended over time with contrasting religious myths and local legends. The end results are often used as evidence that the island is one group’s exclusive homeland; each claims first dibs.

In fact, the island’s location – its position along hundreds of ancient trade routes and its proximity to India – has resulted in a potpourri of visitors, immigrants, invaders, missionaries, traders and travellers, mostly from India, but also from East Asia and the Middle East. Many stayed on, and over the generations they assimilated and intermarried, converted and converted back again. The island’s history, like that of its ethnicities, is one of constant flux and shifting dominance. Nonetheless, the contemporary Sri Lankan take on history is deeply political and marked by deep ethnic divides – divides that may be totally artificial. 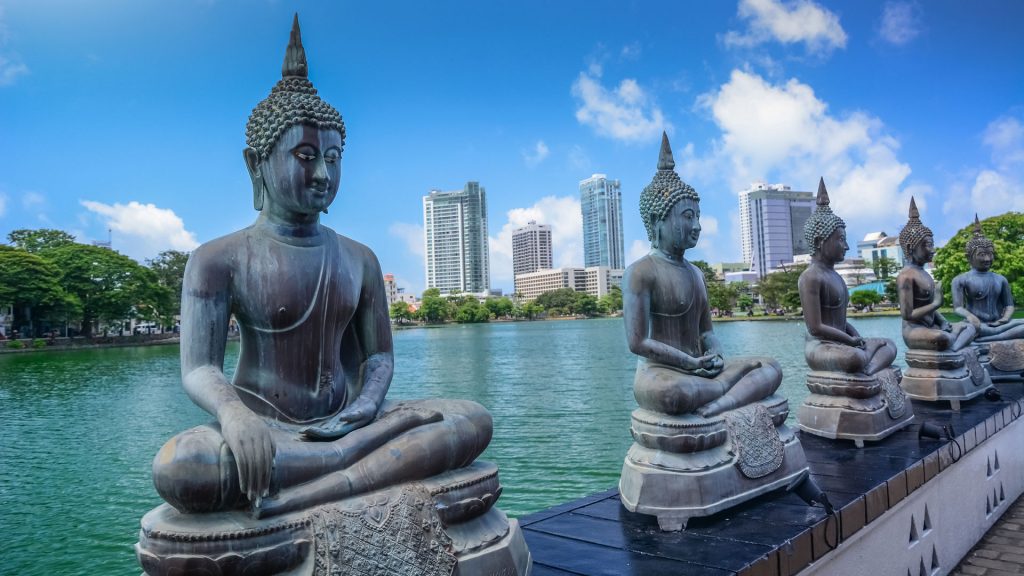 The geography of Sri Lanka can roughly be divided into three zones based on elevation: the central highlands, the plains and the coastal belt.

The central highlands are considered to be the “heart of the country”. The highest mountains in Sri Lanka are found here with Pidurutalagala in the south-central region being the highest at 2,524m (8,281ft). The core of the highlands is a high plateau that runs north to south. To the north is the Knuckles Massif, which is composed of steep escarpments, deep gorges and peaks that rise more than 1,800m (5,905ft).

The plains of Sri Lanka are made up of several plains between 30-200m (98-656ft) above sea level. The plains meet the central highlands in the southeast where the mountain ranges appear abruptly like a large wall. To the east and north, the plains are flat.

The coastal belt surrounds this island and is approximately 30m (98ft) above sea level. Much of the coast of Sri Lanka is made up of beautiful sandy beaches.